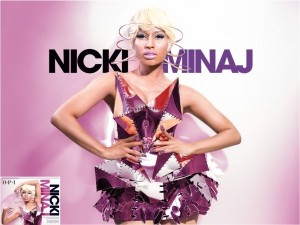 Are you an underground artist seeking a chance to stardom? If so, your prayers might have been answered.  It’s going to take some work on your part, but hey with industry leaders like Universal Music Group and EMI involved there is absolutely no reason to not try.

NYC based entrepreneurs Ashleigh Fitzwilliam and Pierre Wyatt  produced a revolutionary project involving a head to head, mind crunching battle for unsigned and indie hip hop artists and R&B singers across the US.  If interested, along with other aspiring artist you will have the chance to compete for an endorsement deal. Register HERE

According to the team everyone who auditions will not make the final cut- HOWEVER, they’d like to make every striving artist a winner. With the endorsement project your endorsed realities can become as major as Kanye West & Absolut Vodka or and Nicki Minaj & O.P.I.  The opportunities are endless.

The Endorsement North Coast Audition Tour kick-starts in  New York City and extends throughout New Jersey,Pennsylvania, DC and Maryland. The tour invites thousands of striving talents to audition for a chance to compete at The Endorsement National Talent Championship, slated for NYC launch in August.  Register HERE

Pierre states, “I was young, ambitious and possessed a burning desire to forge ahead in the music industry … I figured me performing at several of the city’s top showcases would give me leverage as an artist but at the end of the day, they were all rigged in some way.  With this project [The Endorsement]  I just want to grant every striving artist who auditions, real opportunity. If it means giving away a Rolls Royce  to an unsigned rapper from the South Bronx as a source of encouragement, even if he is not selected to compete at the championship, then I will do it, and my partner Ashleigh and I are doing it.”

I wanted to share this with you all because it sounds like an amazing opportunity for indie and unsigned artist.  As you all know from my interviews, I am passionate about underground music.  Now, might be the perfect time to “Dream Big even if those dreams are bigger than yourself.”  I personally know that Ashleigh and Pierre are working endlessly on this project.  To my southern and west coast musicians you can sign up as well.  If you can not make it to New York for the first tour… Stay Tuned because they are working on launching in the South region as well.

For more information regarding The Endorsement, log on the-endorsement.com