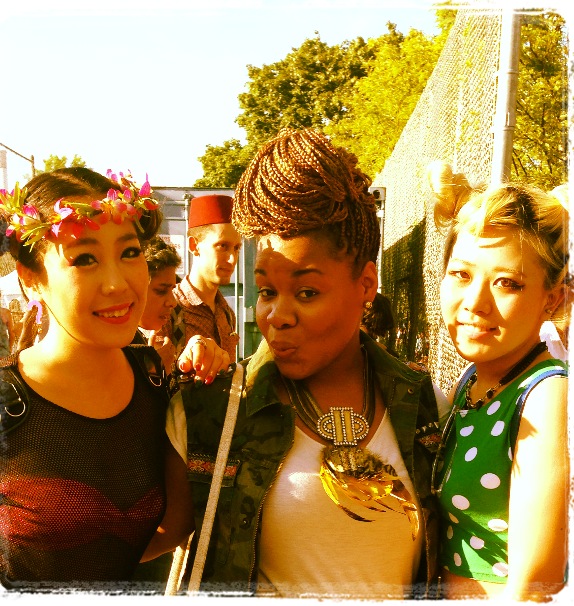 I Reminisce: Summer Memories and AfroPunk 2013

Thanks for an epic ending…

I moved to Central Florida seven Summers ago.  We have the beaches, Cinderella’s castle, great resorts and all that good stuff.  Yet, sometimes all I want in the Summer months is to be able to walk down the block to the bodega to purchase my stash of Swedish Fish, sunflower seeds, lemon flavored Italian Ice and Nacho Twister chips. Gone are the days of playing Marco Polo in my back yard with the cousins or going to Dr. Jays for back to school shopping.  There is nothing comparable to the memory of a New York Summer.  That’s exactly why each year I have to fly home.

I’m a true Yankee, Bronx born and raised; but this August I spent a few days in the country known as Brooklyn (BK). Yes, country. I quote that with slight exaggeration because Brooklyn is definitely a world of its own. “Cross that bridge it’s a consequence,” Jay-Z wasn’t lying. BK goes hard; and the borough gave me life. Over the years, Brooklyn has come a long way housing the best cafes, bars, boutiques, and now the Barclay Center. The art culture in BK has definitely grown as well. I grew up studying the art of the Harlem Renaissance. These days it seems like the millennial generation is starting a new movement of art too.

On August 24th and 25th I attended the annual Afro-Punk Festival. I met natives that attended the festival for over five years and were tremendously pleased at how much the event grew. If I could describe the atmosphere of Afro-Punk in one word it would be euphoric.  Imagine a large backyard party with the coolest eclectic crowd of people you know… that is Afro-Punk Fest. in a nutshell. Musicians, dancers, artist, designers, writers, skateboarders and all around vibrant energy filled Commodore Barry Park of Brooklyn, New York for the weekend.

In the words of one Brooklynite, “Afro-Punk by far ain’t no n!gga sh!t; there are just some events where people come together in peace.” Attending Afro-Punk Festival vastly reminded me that there is no such thing as a “racial norm” in art and music. Yes, black people listen to rock music, and yeah, there are some white people that know word for word lyrics of a Jamaican dancehall tune.

Two stages of performers such as “Wicked Wisdom” (Jada Pickett Smith’s band), Questlove, and Dead Prez kept the crowd jumping all day long. Artist like Janelle Monae hit the local Brooklyn venues in the night hours.  Some of the best food trucks of New York filled our tummies with scrumptious bites. The notable Chef Roble hosted a private gathering with custom drinks and refreshments for those that paid entry to his “Everyday People” mixer. Both local and out of state vendors kept shoppers decked out with options for custom jewelry and clothing for as low as $5.

Self expression was a definite theme of Afro-Punk. The street style was versatile. Natural hair mavens filled the crowd. Afro-Punk was not a black, white, yellow or pink event, it was simply a time for people to come together, network, and enjoy the present moment. Seeing all shades of people gathered together to commune with each other, for the love of music, for the love of art, for the love of dance, and for the love of fashion, by far was an amazing experience.

Want to know the best catch to Afro-Punk Festival? It is free! Sponsors simply asked for an optional $25 donation to help with the longevity of this annual event.  It was my first Afro-Punk Festival and I plan to make it a yearly venture. I know one thing for sure; a year won’t past before I stroll around New York or Brooklyn again. This Bronx born, turned southern belle, was shown mad love, but according to the Notorious B.I.G. that’s the Brooklyn way.

Check out a few candid shots below: